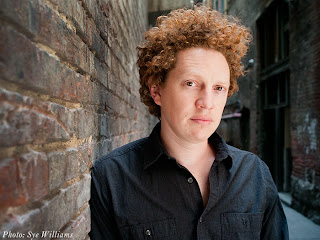 Well, what can we say about James?  A cinematographer extraordinaire, James DP’ed both seasons of Little Women, Big Cars for us.  And he rocks!

Based in Los Angeles, James has shot everything from music videos and commercials to documentaries and feature films.  He has a keen visual sense, an amazing eye for detail, and is great with on-the-spot lighting solutions, which makes him an amazing collaborator for Directors.  And best of all—he’s quick with his setups, which we as producers REALLY appreciate!  But don’t tell him we said that.  We don’t want it to go to his head.

In 2009 , James wrote, directed and shot the feature film Desert Son, which went on to win multiple awards, including Best Cinematography from Vision Fest.  You can check it out on Netflix or on DVD now…and you should!

In his spare time, James loves photography; he’s put out a few self-published books of photos, which are incredible.  He also makes his own beer and builds homemade liquor cabinets (which he sells for way too cheap, so you should get one before he figures that out).